As you can see from the dates on the email graphic here, December 2015 - I was lured to the Embassy in Warsawa, as I at that time lived in Poland, then told to wait "for some hours" so the renewal of the passport could be done...Returning an ugly woman, peeped her head out of the desk saying; "Police officer Frank Opsahl has order us not to issue a renweal of you passport; - then she wrote it by hand on a post-it note..... THIS IS NORWAY FOLKS!! No formal explanation; NOTHING. So, I wrote a letter about this horrendous continous torture against med, that has been going on for 38 years now, and demanded an explanation, AND, where the police officer was, at which police devison. I got an answer, but not yet a formal explanation of the witholding of my passport, - but Sivilombudsmannen could not find out about police officer Fran Opsahl; he actually worte to me sayin; There is no Fran Opsahal working in the police.

The nazi fucker at the embassy now has blocked my email, when I have been trying to contact them again about a formal document of explanation.

The nutcase - Mrs Fatty from Bergen, the so-called Prime Minister, has also been told to clear up in this and give me the formal explanation, that is also - of course - needed for UN that now is treating my citizenship's status. I've been encourage to apply for Polish citizenship, but problem living permanently in a country where language is difficult as an adult to learn, is a problem - so naturally for me, with ancestor roots to Scotland, is to get UK citizenship, - that now is under treatment by the UN. 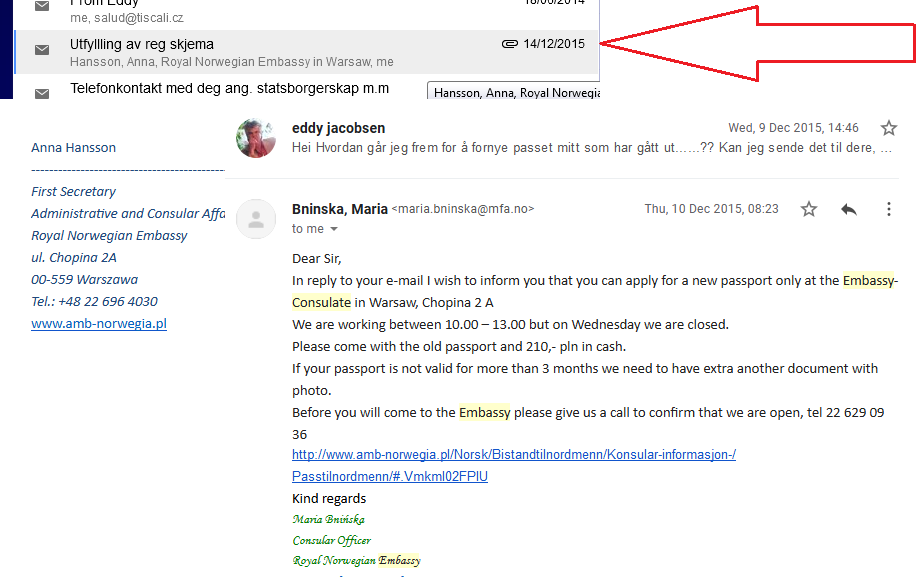 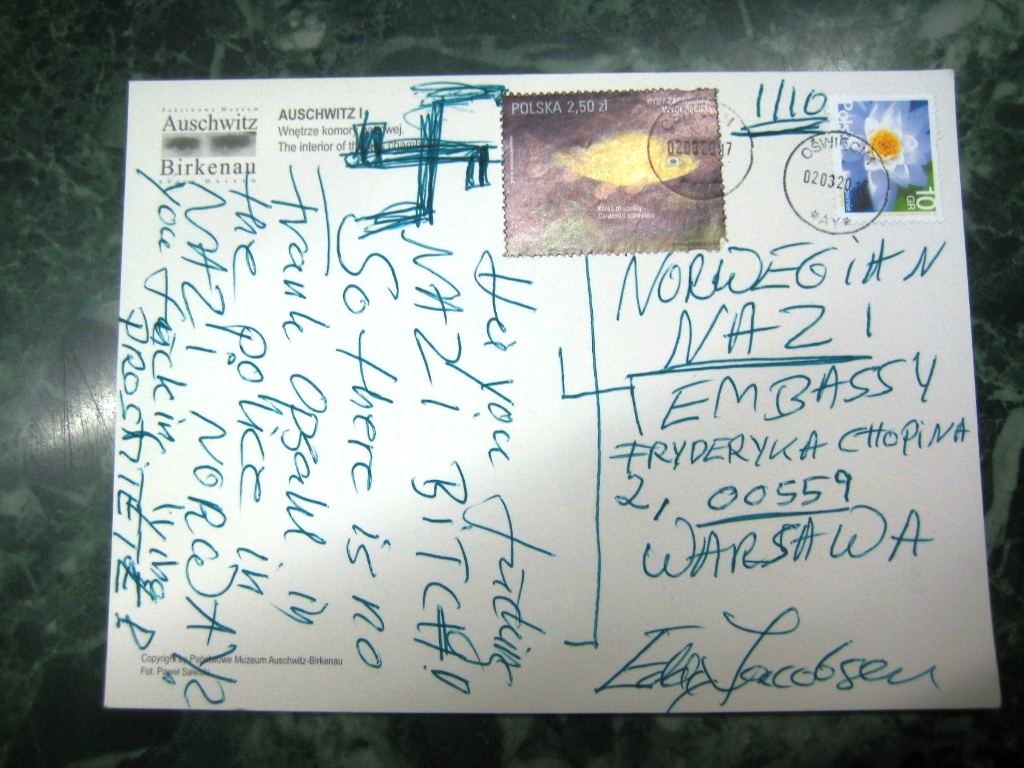