Latest: having built new government this week - 20-1-2020 - real conservatives had had enough of her conversion of churches to mosques and prohibition of Christians to wear the cross as necklace, among many other anti-Christian activities she is conducting. "7th this month is memorial day for the murders of Jews and others Hitler hated; - and do we see her in Poland to commemorate this important day; and apologize for the aprox 800 Jews killed by the Norwegian state, by gathering them forcefully and handed them to Hitler. 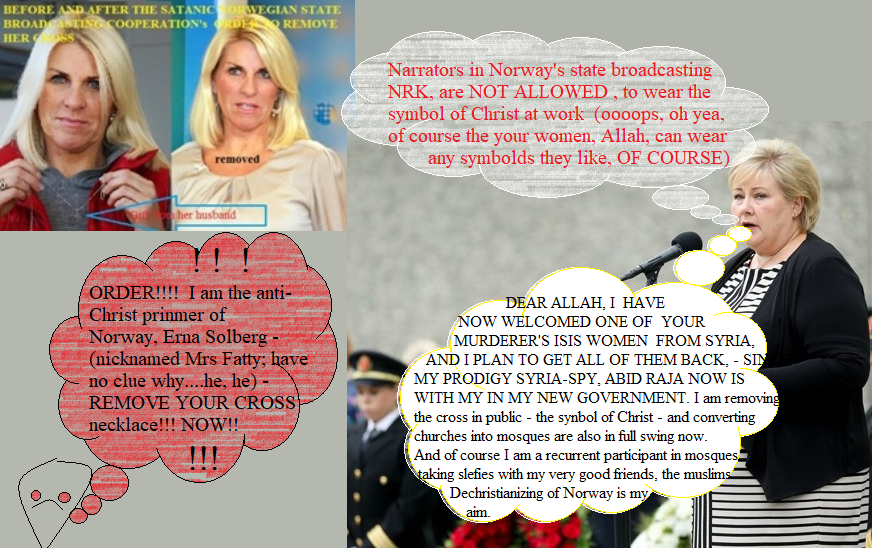 When there was plan to enact punishiment by law the praising of terror and the Labour Party 2nd leader Tajik - (a fanatic muslim; and most possbile an Iranian spy) - opposed that law and said: "I am STRICTLY against that utterances that PRAISE TERROR, should be banned" - PM Erna Solberg describes her as; quoting: "She is very valuable for the Norwegian sociaty", - that means of course the very PM of Norway 2020, AGREE that allowing praising of terror, is correct!! We all know how German Merkel is destroying Germany, equally to the Swedish despot tyrant who is destroying Sweden, and this MOLE from the left into Conservatives, declare this on the Norwegian state TV; "I would love to be a Norwegian Merkel". Certainly, as you can see on this photo; she constantely mingle with muslims, and is over the moon of disgust when a right wing NUTCASE - like the one in New Zealand attack a mosque - but no word from her mouth when Lukas and locals disarmed and took down the London terrorist in December this year. Did she ever set foot in a Synagogue?? We havenn't seen any such presentation in the islamisation, Norwegin press about that. On the countrary and very shamefully - remember Norway collected ALL THE JEWS and handed over to Hitler - only 72 of about 987 survived - she is UNWILLING to help Mr Zuroff in tracking down the still living Nazies in Norway, by the "last chance operation". Why?? Is she a Nazi?? Well, one may wonder of exactly that, as Norwegian families and mothers are fleeing to country Poland avoiding their childre been snatch from them. The world know now that Norway - as the only country in the world - has constantely complains to HRC - Human Rights Commision - for this grim and gruesome Hitler-style crime - and at this date - 12-1-2020 - TEN MORE COMPLAINTS is to be tyreated by the commision.

Islamisation primer of Norway, Erna Solberg, is smirking on a picture in a mosque 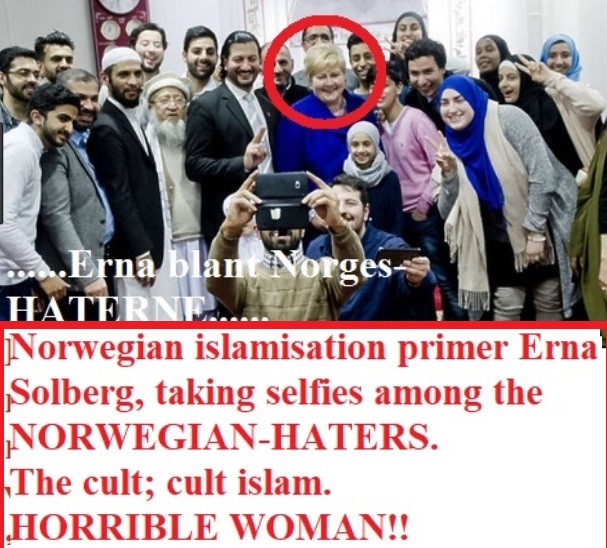 2ND LEADER NORWGIAN LABOUR PARTY, TAJIK, - opposing the planned enaction of punishable law agaisnt those who openly in the public Norway is praising terrorists and terror, like the one who jumped and danced in Oslo streets when Lee Rigby was beheaded in London. (Norway, as you may know is a SAFE HAVEN for TERRORISTS AND TERRORISTS' LEADERS). Like Merkelk; the Norwegian present PM's super idol, is filling up - like the despot Löfven in Sweden - those heinous abhorrent criminals instread of THE REAL REFUGEES, who har shovelled aside. And this f.......g rightwing socialist Erna Solberg, is repremanding country Poland for not do the same!!! 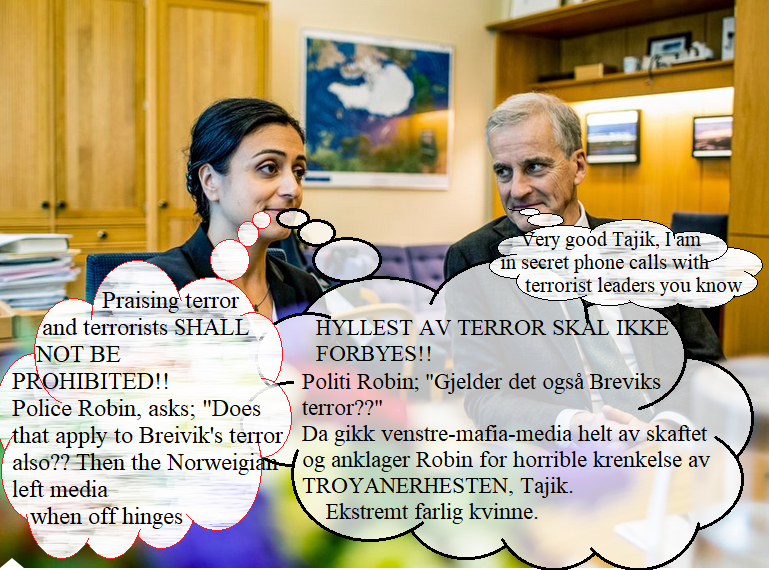 This little girl, is a REAL REFUGEE, but she is shovelled aside by callous PMs in Europe filling up their lands with abhorrent criminals, rapists, murderers, muggers and drug dealers and arsomistst. 300 cars were obliberated by arsonists in Sweden 2019 by those NONE-REAL REFUGEES!!! But PM Erna Solberg, she says, quoting; "I brush off such accusations against me as dust on my jacked" - MAYBE!!! somebody one day comes along and help you brushing of the "dust" Ref.: Hitler-style snatching of children from innocent famiies, who escapes an mass to country Poland avoing this Nazi crime against them. 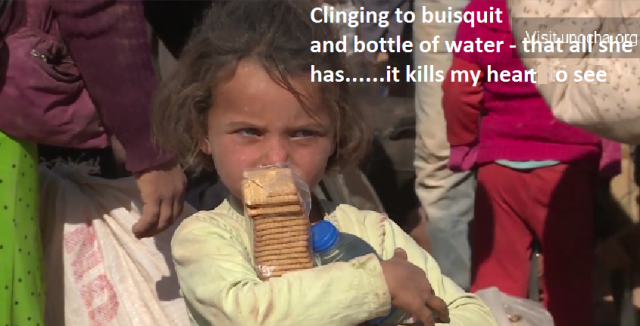 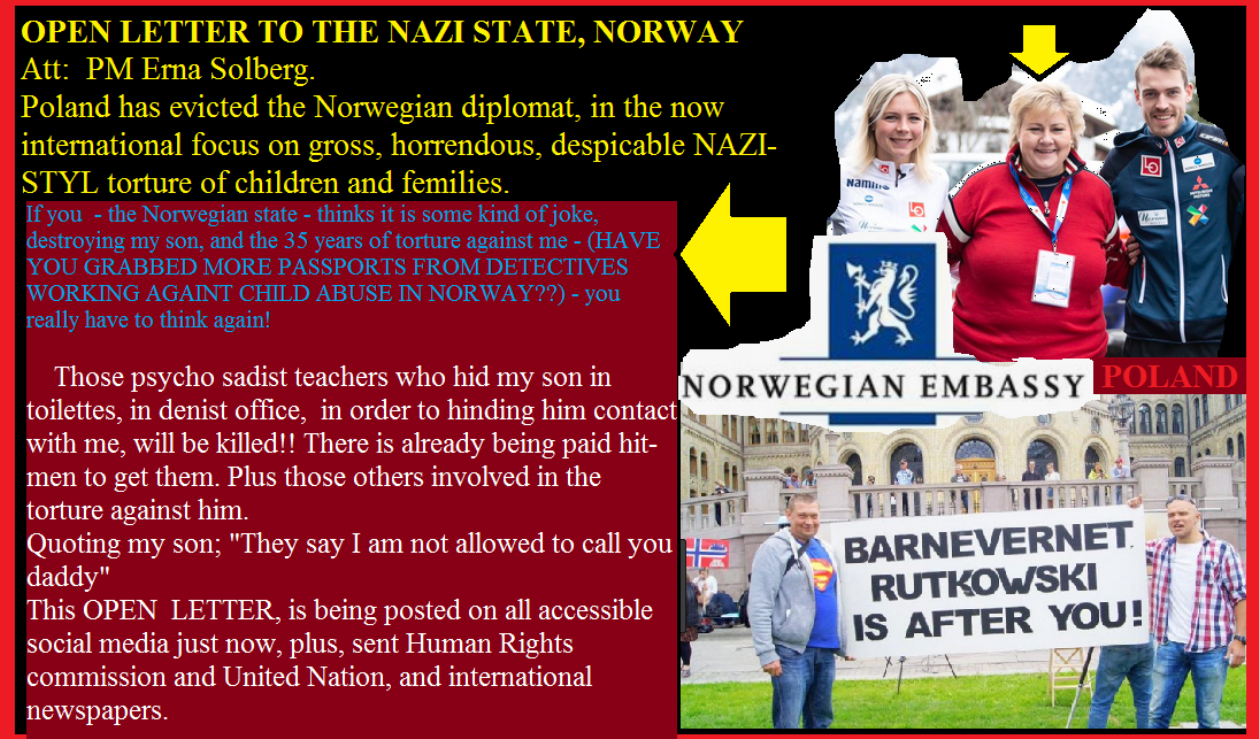 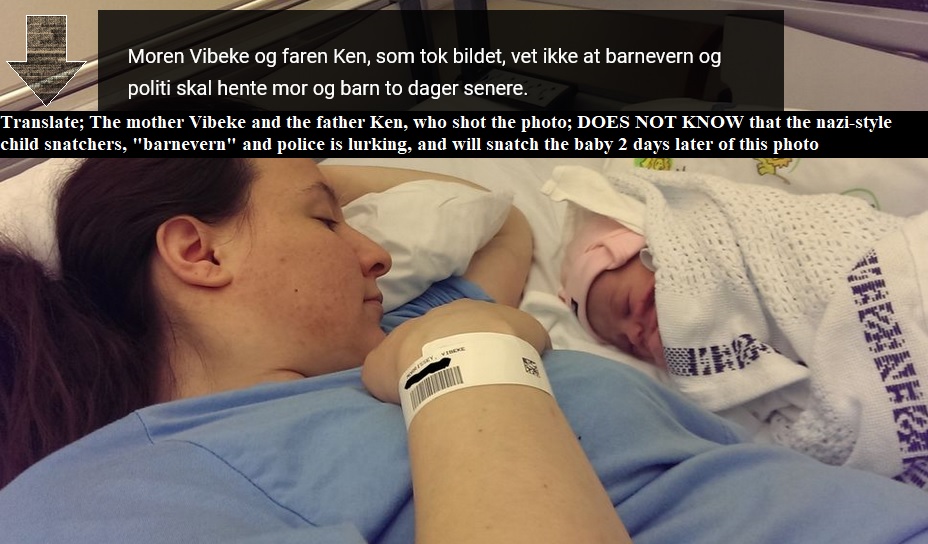 POLISH PRIVATE DETECTIVE RUKOWSKI WHO RESCUDED CHILDREN BY OPERATION IN NORWAY FOR A POLISH FAMILY WHO GOT THEM SNATCH BY THE HITLER-STYLE PM ERNA SOLBERG REGIME, IS WANTED BY NORWEGIAN POLICE - I cannot be more bizarre and absurd than that!!! 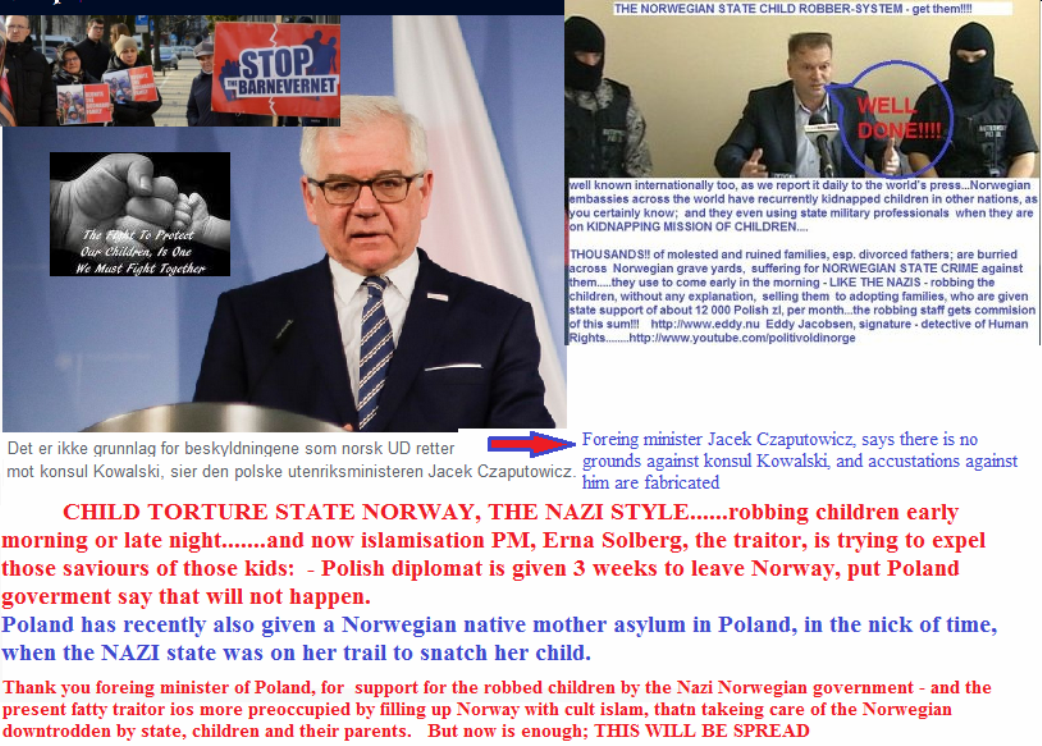