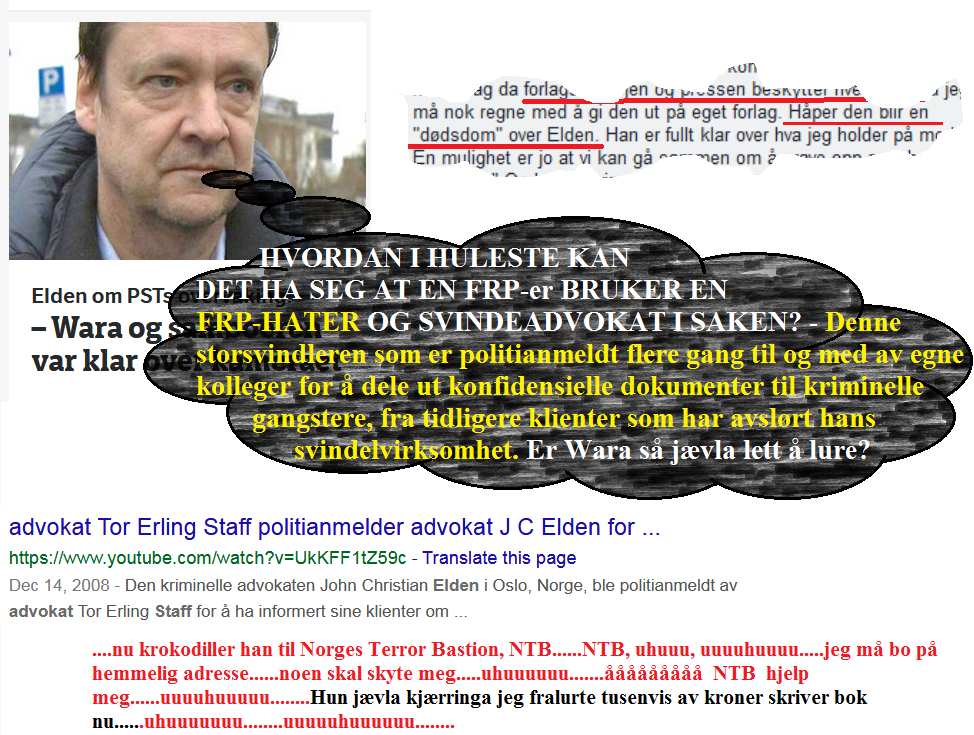 Since people learned to know about his criminal activities and bening member of the slimy clandestine sect Free Mason, they shun him, so his clients are now mostly Muslims.......like the one who was cheering and hopping and dancing in the streets of Oslo celebrating the beheading of British soldier Lee Rigbe. The psycho lawyer said this: "He has the very rights of freedom of speech to celebrlate the murder of Lee Rigby" - he even got him compensation for being arrested and detained by Oslo police. And with present socialist primer Erna Solberg - (everybody thinks she is a concervative; but she is supporting socialist in all the fields) - these abhorrent things can happen in Norway those says. 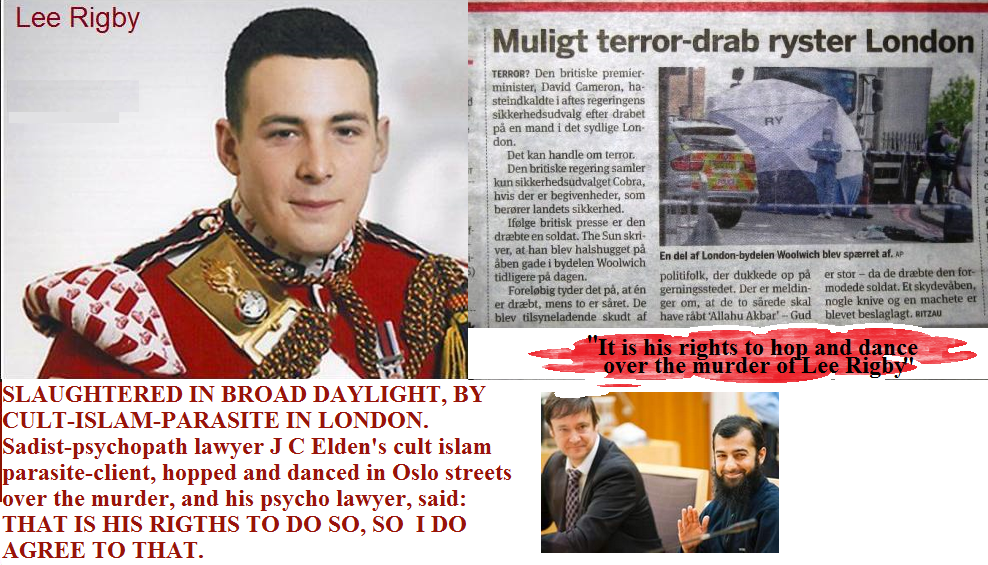 Because of all the crime and evilness he has caused his former clients, some of those have sweared to take gruesome revenge; so he crocodile tears to media, - and when he pay media what they demands, the write about his deceptions and lies.........But they never write about the victimes of this deranged psycho lawyer!!!